So, the DT cabal are aiming to pull out of the Paris Climate Agreement joining Syria (understandable, being now a pile of rubble) and Nicaragua (who challenged that it didn’t go far enough), on the very bottom rung and outside of the most hopeful global surge to save ourselves; to save animals, creatures, forests, wilderness, oceans, food sources, and available water from absolute, total, freaking wipe out.

This is the monstrous face of American power unveiled. Fuelled by an insane, nasty, stupid, boorish, violent, reckless, tantrum two-year old in chief. Marched along by white supremacists, fearful misogynists, Frankensteinian apocalyptic fetish fucks (take a bow Bannon), arms trading ghouls, and funded by billionaire oligarchs that have as much ethical empathy as a piece of shite.

And my dear home country Britain. Stop the Tories or be dragged along in America’s destructive, degrading, and despicable wake, which means loosing any remaining threads of caring social fabric because all your hard worked resources will sink into an endless financial bog of endless funding for the bombing of endless brown people. It will mean endless ratcheting up of militaristic policing and endless hyper-ventilating surveillance systems on the home front to ward off endless terrorist-lost-boys manipulated by sick soulless bastards who haunt dry desert hearts with the vomit from Saudi Arabia, funded of course by the UK/USA, (the UKSA, USKA, KUSA??)

This, our crashing colonial empire, shoring up its racist rule, it’s fear based legislation to stop demographic change, its enshrined denial of genocide and slavery, its repression of feminist power, its twisted grasping built on centuries of systemic plunder from our “Christian” 17th century European rationalizing “enlightenment” that divorced nature, that objectified and categorized every last wild, free, thing. Its nazi eugenics, its master race madness. Behold, here is our perverse, pickled, stunted child-man “saviour” arrived at its zenith.

We have to see the depth of depravity, of senseless destruction, the structural ground of our Eurocentric five hundred year gallop through Indigenous lands, our decimating stride through millions of brown and black people, our puritanical drive toward fetid, in-house patriarchal white bloodline notions ending in crematoriums, our inward depressed, addicted, collapse, and our craven sucking of the greenback dollar.

We are not only that. Of course we did good, great, and beautiful things too. But right now, we are that.

We have to feel into that groping man-child, what it is built on, the ingestion of it into our cellular structures handed down through breast milk, learnt guilt, compliance, collusions. We have to know it is also us. Enabled by our wafty movement to spiritual things while not seeing what we need to see because it’s all rather coarse. Here’s some news. Our high flying leaps will not save us. We have to enter the fray, the mess, to get it wrong, to fall onto our knees, to not know or have all the answers … again and again.

Anyhow we can’t avoid the fall.

Because, clearly we have to be more shaken down – to the core – to the bone – to the gut-wrenching realization that we are so on the line that there’s only one way out.

Listen to your heart as she surges with the energy of the Earth’s immune charge to revolt. Follow her, speak out, say it. Throw off that “oh, it’s not nice”, “oh, I won’t be approved”, “oh, someone won’t like me.” Listen to oppressed peoples. Because they know. Read how they survived, how they sacrificed, how they won.

Join together in the resistance because everything we love depends on it. Do it now, with each breath, with each action moving the tide to reclaim our collective aching soul. Don’t do it for yourself.  Do it for the children, for the animals, for the Earth. For the precious sentiency of the web of life.

Do it because it needs to be done. 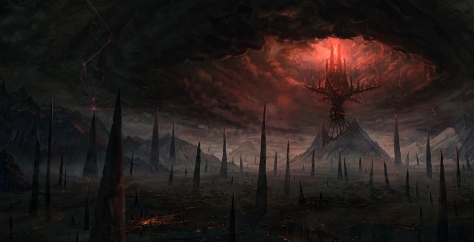