When challenging America’s Trump card, it’s hard to know what to focus on, which gleefully enacted atrocity, which blunt punch to the guts, which ripping apart of cohesion, empathy, connectivity, what flagrant distortion of truth, what promotion of fundamentalist, theocratic, hateful ideology? There’s just so many coming down the pike each day, several times a day. You gotta hand it to the joker in chief, his unwavering adherence to the masterful tradition of disorientating narcissistic psychopaths honing their manipulative craft to seduce, grab, own, consume, deflect, deny, destroy, is breath taking. He has us over the proverbial barrel.

However, in the midst of deflect through strategy by chaos, there is one terrifying threat we should ALL respond to right now. This is the very real possibility that this mad shadow king with his itchy finger over the nuclear codes will activate a full on thermo-nuclear war, the consequences of which don’t bear thinking about. But think about we must.

First, let’s think about this. Trump’s referral to “my military” is dictator speak. An unstable dictator in alliance with brute military power on Empire messaging code has been given free reign. This means that with the pretence of state hypocrisy lifted, (we have actually been in a neocon & neoliberal perpetual war since the intention was set on 9/11), it is glaringly clear that being a free, democratic republic is, right now, a convenient myth, a frail cover for this coup d’état.

We are a hijacked people being forced into servitude to a barely disguised, militarily backed, fossil fuel totalitarianism enabling oligarchic ambition, unfettered pursuit of power, and an assumed entitlement intent on extraction of total control of all wealth. Against that, there are no effective checks and balances in place. With the deliberate trashing of advice from diplomatic experts (actually a cynical undermining of experts in all fields), with the moderating force of congress seemingly gone to Margo–whatever the fek it’s called golf course, with a corporate press cheering on the creed of “bombing does all”, this means only one thing. We are on our own. There is no sane authority out there that has the power to stop Trump.

Forget this regimes adherence to any reasoned caution, forget considered, informed, diplomatic policy. Forget the idea we have a democracy right now. Instead our collective fate is hanging on a thread; is in the wind of the whims of a boy-man intent on revenge, intent on ‘policy’ by unpredictability (I do what I want, when I want, i.e. divine right of kings), and intent on deflection from his own crimes, his complicity with mafia ridden ‘business’ deals, his nefarious duplicity with Putin, and with who knows who else.

So that’s the bad news.

Given all that we may want to pull the duvet over our heads, BUT we must instead wake up, get up, make a cup of tea (ok, coffee), connect with friends, and get out into the resistance. First, we must resist our own slip into the comfortable maze and daze of denial, our own abdication of power thinking someone else will fix it. Second, we have to look in the mirror, flex those (in my case flabby) muscles, and repeat mantra like, “We are taking back the power,” or some such fire in the belly activating self hypnosis.

Then, there’s stuff to do.
Inform Our Good Selves: Check airwars.org re the ongoing war by bombing, the preferred modus operandi these days. (Since 2012, 76,646 bombs and missals in Iraq, Syria, and Libya.) And just to throw this in. Here’s the Bureau of Investigative Journalism’s site on Drone Wars.

Get Onto Senators: Let’s try to do this as a daily practice, next to brushing teeth, and taking some mindful breaths. Rootsaction.org helps you click your way to your Senator with ease.. do, do, do, it now, now, now. It’s easy. It’ll take.. hang on… err, about 1.5 mins. By the way.. this is a great daily app, 5 Calls, for hot lining your Senator on all sorts of issues.. Let them know who they actually work for.

Then There Is Marching: (A side comment) Last week, on a family visit to Dublin, I brought a pair of boots at a store. Flipping a comment to the store attendant, “these will be my marching boots,” she asked who what I was marching against. “Trump.” She immediately got it saying, “each morning I wake up afraid he’s gone nuclear.” (You have to get that in an Irish accent.) Basically, whatever marches are going down against this regime, get to them if you can.

And Then There’s Sitting:
Bay Folks, Join Buddhist Peace Fellowship April 25th, 7:00pm for the Berkeley City Hall Council vote on participation in the Bay Area Urban Areas Security Initiative and a Regional Intelligence Center.
Berkeley City Hall, 2180 Milvia St, Berkeley BPFers will meet in front of City Hall for an outdoor sit at 7 pm before entering the council chambers. We will have signs and banners to hold, and everyone is encouraged to speak at the Council meeting. This is a critical vote. Please invite your friends and neighbors to join too! We are hoping to fill the chambers.
Here’s Why (It relates directly to the military industrial complex that is fast becoming the power behind the throne.)

Ag, sorry, one last mention. I can’t leave without the truly wonderful Naomi Klein pitching in. She’s on track with ..  Jam The Brand .. Take the fight right to the heart of the madman in chief and his corporate dystopian future. Let’s crash (ok, dent, well, scratch) their system.
Leap, and leap again… 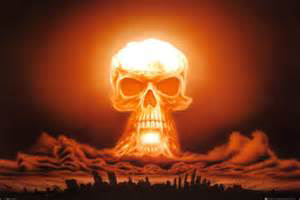